Five Sports Arenas For Every Sports Enthusiast To Visit

Arizona is home to many famous sports teams and many well-known players. Every sports buff wishes to view their favorite team plays live. And one can get that chance at these stadiums or arenas listed below by Arizona shuttle to give you the best travel experience. 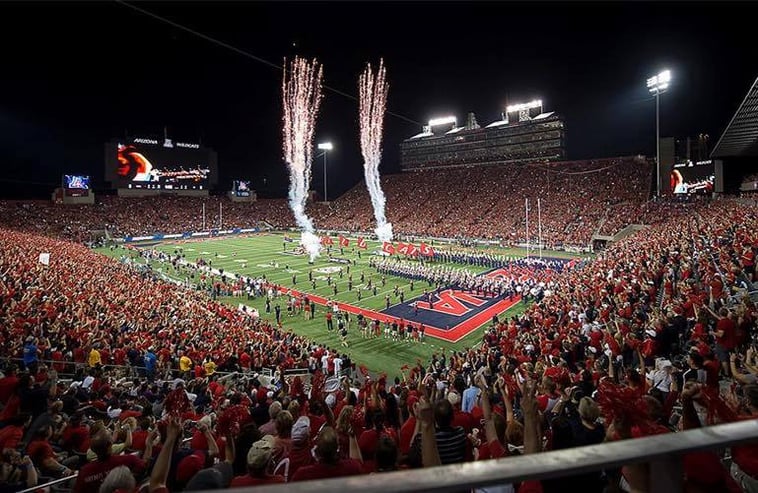 These stadiums are the top picks to enjoy any game, giving you those goosebumps moments. The major professional games played here are basketball, soccer, and Baseball. The professional leagues are The NFL's Arizona Cardinals, the NBA's Phoenix Suns, MLB's Arizona Diamondbacks, and the NHL's Arizona Coyotes.

This place is home to the Arizona Cardinals, the annual Fiesta Bowl, and many others events. It is located in Glendale, Arizona. It's the former home of the Arizona Coyotes of the National Hockey League. It was inaugurated in the year 2006 by the name Cardinals Stadium. Later that year university of phoenix renamed it as university of phoenix stadium. But it got its current name in the year 2018. A public grand opening tour took place in August 2006.

Desert Diamond Arena is a multi-purpose facility at Glendale Avenue. It spreads over 223 acres of land that the City of Glendale owns. It has a two-level setting arrangement and features an intimate sitting bowl with all the modern amenities to give the views the best view. It opened in the year 2003 in December when many top musicians were welcomed at the inauguration. Desert Diamond Arena has won the new times “Best of Phoenix” award. This place has hosted many events and festivals other than the games.

This place has made a remarkable image in mind for its game scene. It is located in Phoenix, Arizona. It is an epicenter of downtown phoenix sports. The center of attraction is the retractable roof which comprises 9 million pounds of structural steel, where either side of the top can be opened to maximize sunlight or minimize it. It opened in the year 1998, and it was the first stadium built with a retractable roof on a natural grass field. It is a landmark for all baseball fans to watch Arizona Diamondbacks.

Phoenix Raceway was inaugurated in 1964, and the track is oval. If thriller car races are your type, this place can give you the best racing experience. The race track is 1 mile long, low-banked trioval race track. NASCAR currently owns it, where many championships have taken place. It is known as Indianapolis of the West, the only route of Daytona Beach and the only road racing course between the Mississippi and California.

Make your travel plans with the Arizona shuttle service and hop into the holiday mood. Our Shuttle services are budget friendly and flexible in making changes in date and time without charge. We provide the best assistance at any address. We are available 24/7 and assure the utmost safety of customers. Book your ride today, and for more information, contact (480) 710-3441.