Prescott is located in the northern part of the U.S. state of Arizona. It is the county seat of Yavapai County and is considered the capital of Arizona's Quad Cities. The city is known for its historic downtown area, which features a variety of shops, restaurants, and museums. It is also home to the famous Whiskey Row, a block of historic buildings that once housed saloons and brothels. The city is also known for its outdoor recreational opportunities in the nearby Prescott National Forest, such as hiking, biking, and camping. The forest is home to many trails, including the famous Thumb Butte Trail, which offers excellent views of the city and the surrounding mountains.

Prescott also has several historical sites, such as the Sharlot Hall Museum, which is dedicated to preserving the history and culture of the area, and the Governor's Mansion, the oldest Governor's Mansion in Arizona. The city also has many colleges and universities, including Embry-Riddle Aeronautical University, Prescott College, and Yavapai College. 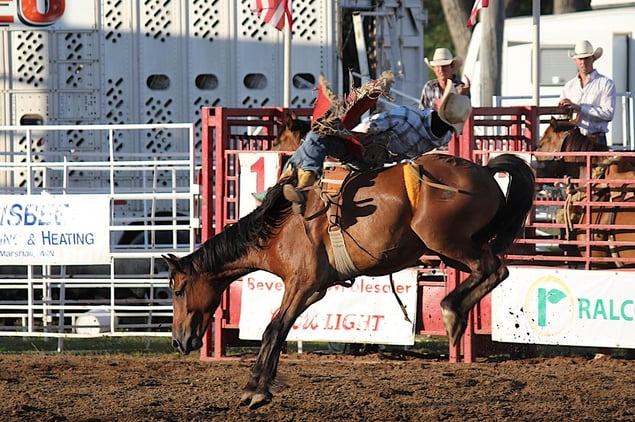 The World's Oldest Rodeo takes place during the first week of June, and Prescott Frontier Days Inc organizes it. The rodeo is PRCA (Professional Rodeo Cowboys Association) sanctioned, and it draws cowboys from all over the country to compete for prize money and the chance to be named the champion. The event is not only a celebration of Western culture but also a fundraiser for local organizations such as scholarships, 4-H clubs, and other youth programs. It is a major event in the city of Prescott, attracting thousands of visitors each year and contributing to the local economy.

Arizona Shuttle will help you plan your ride to this amazing event in Prescott. You can book our Phoenix to Prescott shuttle service. We will pick you up and drop you off at your exact locations. Almost all rides are non-stop in nice cars, SUVs, or shuttles. We are available 24/7. You can also change the time or date with us without being charged. There's less hassle, and you save more money with us. The Texas Shuttle is safer, affordable, flexible, and more convenient than any other ride. Book a ride with us this season to experience that warm and stress-free holiday vibe. It even reduces the unwanted cost incurred on the fare of taxis and buses to reach home. We provide professional chauffeurs with uniform and clean vehicles. Our mission is to create lifetime customer loyalty by exceeding our customer's expectations in terms of service.